The 4th of July: Celebrating the Spirit of America

29 Jun The 4th of July: Celebrating the Spirit of America

We’re inching up on another 4th of July, the time when summer really gets under way. It’s a day for family, friends, grilling and fireworks. Parades and silly costumes, a chance to dress up anything that moves in red, white and blue. 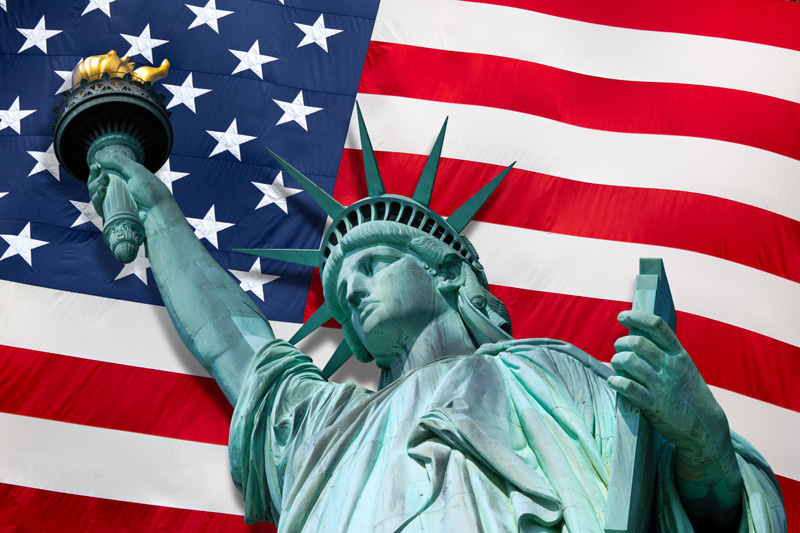 Americans are the ones who want everything bigger, faster, easier and better. We’re never satisfied. We’re entrepreneurs and innovators with big ideas and bigger dreams. We aspire and inspire. We’re not afraid to take chances. We may fail, but we pick ourselves up and try again. People love to hate us, but they rarely ignore us.

Where did this spirit come from–are you kidding?

It came from each of our ancestors, the people who came before us with nothing but hope and an indomitable spirit. They learned a new language, performed backbreaking labor to build a new life for the next generation. That’s what being an American is all about–the promise—and the ability–to achieve the American dream.

They landed at Ellis Island where their name was quickly changed to something that was easier to spell and pronounce, then got on a train heading west. They didn’t speak a word of English, but they knew to be watching for the Studebaker sign—it was here that they would get off the train to join their countrymen who had already migrated to South Bend, IN, to work in the Studebaker factory. It was their ticket to the American dream.

They came to America seeking a better life

They wanted their children to have the opportunities that America represented. They worked hard, bought a home, proudly became US citizens and sent their sons to war. Thankfully, those sons all came home, went to college and built successful careers. In the country’s best tradition, it took just one generation to fulfill that dream. Could this happen in other countries? It’s doubtful.

The Irish came to America because they were hungry. A fungus that caused the potato famine jumpstarted the exodus of an estimated 4.5 million Irish immigrants who came to America between 1820 and 1930. They landed in the Northeastern port cities, the highest concentration in Boston. Ostracized for being Catholic in a largely Protestant region, they faced intense discrimination and worked in dangerous, low-paying jobs for decades before gaining credibility.

The Chinese came to cities like San Francisco, seeking their fortunes in the goldmines

What greeted them instead were discrimination, harsh conditions and hard work; more than 25,000 worked in the camps as launderers, cooks and laborers. After the boom, the Chinese were an important part of the labor force that built the country’s railroads—white workers were reluctant to do such backbreaking, hazardous work. These Chinese laborers sent for their families, married, had children, started businesses, built their communities and prospered, adding to the rich fabric of American multiculturism.

The Fall of Saigon and our Vietnamese community

It was in 1975, the closing days of the Vietnam War, with the Communists breathing down their necks, that a group of courageous American helicopter pilots flew nonstop missions throughout an exhausting 24-hour period to airlift more than 100,000 Vietnamese from the roof of the US Embassy. There were subsequent waves of Vietnamese immigration, including the 1978 boat people phenomenon. All learned a new language, endured intense culture shock and discrimination. Like every ethnic group before them, this new Vietnamese population worked hard, opened restaurants and other businesses and built new lives so their children wouldn’t know the hardship they’d endured.

The power of our multiethnic culture

Americans have always taken pride in our melting-pot culture. Yet as a politically correct colleague pointed out, the melting pot concept is outdated. It implies that we lose our identities in this pot. A better concept is a salad-bowl culture, which each culture joins the mix, bringing something unique and desirable to the whole–making it better–yet maintaining its individual character. I prefer this description.

We’re all stronger because of the ethnic groups who risked their lives to immigrate to America. People who rolled the dice and took a chance on a better life. That’s what America’s all about.

Have you created your Living Trust? Most of our clients are delighted with how easy the process was. The California Document Preparers team helps you through every step.

During this extraordinary time of COVID-19 closures, California Document Preparers is still open for business. We are continuing to operate in light of the Shelter-in-Place order, especially over the phone, via video chat, or through the website.

Our top priority is safety.  We also acknowledge that many of you have expressed an urgent desire to prepare your estate documents in light of the current public health crisis.  We are there for you and ready to assist.

The times have changed, but our dedication to service has not.  We appreciate your continued support and wish you and your family stay well under these difficult circumstances.