Last year a couple in their 70s came in to the Walnut Creek office to see Barbara Theobald. The husband’s mother, who 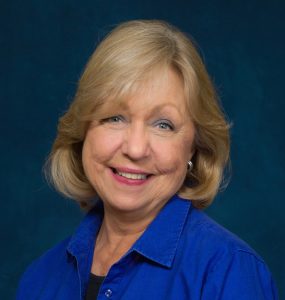 was in her nineties, had died and he was going through her papers. They had moved in with his mother nearly ten years before. While still in fairly good health, she had become frail, and the house was more than she could care for. They were also concerned that she was not eating properly, and as her friends died, she was becoming increasingly isolated, and they worried that she was becoming depressed. Their living together solved a number of problems, and the mother was frankly relieved to have the company of her son and daughter-in-law at this stage of her life. There was also the understanding that the mother would add their names to the home’s deed so that when she died, the house and her other assets would belong to them.

As the son was going through his mother’s papers, he found the deed to her house which he had thought was in his and his wife’s names also. He was distressed to see that the deed was in Mom’s name and his name only, without any vesting. This meant that Mom’s share of the property had to be probated. Barbara inquired if there was a Will, and he thought there was but couldn’t find it—Barbara suggested he try to find it, to see if it detailed his mother’s wishes. Since there were also two sisters in the family, if there was no Will, all three of them would inherit Mom’s half of the house. The sisters always thought the house would be theirs, even though it was the brother and his wife who had cared for their mother for the last ten years of her life.

They found mom’s Will, proceeded to Probate

Barbara gave this couple information about our Probate services, and since there was clearly a lot at stake, encouraged them to try and locate the Will, and when they were ready, to call her again. It took some time, but they found mom’s Will, which clearly stated that the son would inherit all of her property. Both of our clients were relieved and decided to proceed with Probate.

The appraisal determined that the value of mom’s half of the property was less than $150,000, so we were able to prepare a small Probate to determine succession, which only requires one court hearing. Within several months, the property belonged totally to the son. Barbara then prepared a new deed transferring the property to both him and his wife, with the proper vesting. When they came in to sign the new deed, Barbara showed them our Living Trust portfolio and suggested they think about protecting their assets. They promised to think about it.

It took them almost a year, but in November of 2016, the couple came back to see Barbara and signed up for a Living Trust portfolio. Barbara was delighted that they decided to take care of their own estate so that when they died, their own son would not have to go through Probate, as they had.

Being able to help clients like this and provide good customer service make me especially proud of my work at California Document Preparers. When it comes to a Living Trust, our clients tell us they’re surprised at just how easy it was! Best of all, we’re there for you every step of the way. Make an appointment today to get started on your Trust. It’s the most thoughtful thing you can do for your loved ones.