Barbara Theobald has worked in California Document Preparers’ Walnut Creek office for eight years, and in that time, she’s helped hundreds of clients and built a significant amount of customer loyalty. Last 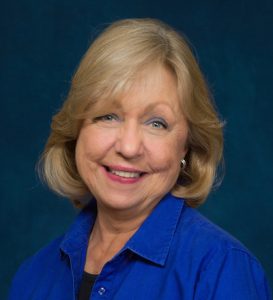 year a Living Trust client called to schedule an appointment to bring in her friend, “Sue”. Sue spoke English as her second language and was apprehensive about coming into our office alone.

During our initial meeting, Barbara learned that Sue’s husband had died unexpectedly of a heart attack, leaving her to raise the couple’s two young sons, six and nine years old. The older son was disabled and required specialized care; when her husband was alive, they had always shared this responsibility. Sue had neither family in the area nor a strong support system, and she was frankly overwhelmed with the responsibilities of her life without her husband.

The deed for her home was in her husband’s name

Her husband had been the one who paid the bills and took care of their financial affairs. After her husband’s death, she had been going through his papers, and her friend helped her understand that the deed to their home was in her husband’s name alone. When they bought the house together, their children were still very young and Sue was not working, so her husband believed that his name should be on the title and the mortgage. Because of their inexperience, they had never changed the deed to include her name along with his.

The significance of California’s being a community property state

Barbara explained that because California was a community property state, she could do a spousal property petition with the Probate Court to have her husband’s interest in the property transferred to her. Sue was very relieved and grateful that there was a fairly simple process for transferring title.  She wasn’t ready to do anything at the time, so Barbara gave her some information to take with her and encouraged her to call if she had more questions or if she wanted to begin the deed transfer process with California Document Preparers.

A month later, Sue scheduled an appointment with Barbara to begin the spousal property petition. Sue was very attentive and asked questions to make sure she understood her responsibilities. She wrote the required declaration for the court explaining why she believed the property should be transferred to her. It was at this point that Barbara learned that they had bought their home because it was wheelchair accessible for their son. Barbara understood that this wasn’t just about a house; there was a deeper message—the home was part of the husband’s legacy. He would have wanted Sue to stay in this home with their sons.

Everything went smoothly with the Probate Court, and in three months Sue’s case was approved by the court. Barbara called Sue, and she was delighted to come in to the Walnut Creek office to pick up the recorded order.

Sue came back get a Living Trust

A few months later, Sue made another appointment with Barbara, who noticed that Sue was much more self-assured and confident than during their first meeting; she was clearly dealing much better with her responsibilities of being a single parent. Sue had remembered their conversation about her doing a Living Trust for her family. She didn’t want her sons to have to go through Probate if something happened to her. Barbara guided her through the Living Trust process and Sue is relieved to have this legal document in place.

Have you been postponing updating your Deed or Living Trust? You can update these through our secure, easy to use online storefront or schedule an appointment today at one of California Document Preparers’ three Bay Area locations. Clients tell us they’re surprised at just how easy it was! Make an appointment today to get started.