A woman who had recently lost her husband of 46 years had no idea what to do about managing their affairs. The problem? Her husband had dealt with all of the finances, and while she had a general idea of 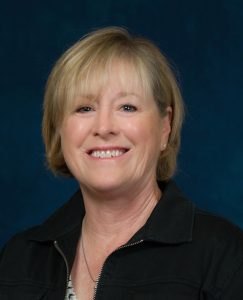 what property they owned, including four houses, she had no idea how to access and manage their affairs in his absence. She inherited all of their assets and financial accounts, which were fairly significant since both she and her husband had had long, successful careers as physicians. She was also placing unnecessary pressure on herself—she was embarrassed and stressed out because she knew so little about her financial affairs.

We began by organizing her documents

I sat down with her and we began organizing her documents. We created an Affidavit of Death, a sworn statement that someone has died, which clears the title of their jointly owned real estate in favor of the survivor by verifying the identity of the deceased person as a property owner and implicitly removes his/her name from each property title. We then created a Living Trust for our client and funded the Trust with their property and other assets. The Affidavits of Death cleared the title of the husband’s name so that we could then transfer the titles to the new Trust, which we completed using Grant Deeds. After the legal documents were prepared, she went about transferring her other financial assets into the Trust. We were happy to help her fill out forms from her various institutions for this process, because they were quite extensive.

Our client was relieved to have everything sorted out so easily and quickly. She was also happy to have a Living Trust, something she’d been putting off for a long time. We created a Pour Over Will, Power of Attorney, and Advance Healthcare Directive as part of our comprehensive Living Trust package. She later returned to transfer one of her properties to her son, who is now considering a Living Trust for himself and his wife.

Just prior to this client’s visit, California Document Preparers owners Bill and Mary Schaaf had invited a woman who specializes in women’s finances to speak to us, which we all found very beneficial. Once we had completed our transactions, I introduced the consultant to my client, hoping that they could work together to help my client become more knowledgeable and confident about managing her own finances.