Single Mom Creates Living Trust to Provide for Her Daughter

The concept of family has evolved. It’s not uncommon for men or women these days to decide that they really don’t want to get married at all, but they do want to have a child and be a parent. The families they form may include the 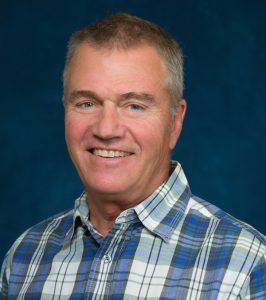 child’s birth father or mother—or not. It’s really up to them to define their version of the new American family.

One such woman, “Mary” recently came in to our Walnut Creek office. She is 34, lives in Danville, has a great job, loves to surf at Ocean Beach—and is five months pregnant with a little girl. She and her boyfriend, “Oliver” have been together for five years, and he’s a software salesman who does a fair amount of traveling. When she told him that she was pregnant, he wanted to get married. But while she loves Oliver, she doesn’t want to marry him.

Mary owns two properties—a four-unit apartment in Alameda and the home in Danville in which she lives. It had been her grandmother’s house, and when she died, Mary and her parents became equal owners.

Having a child will dramatically change her lifestyle

Mary is healthy, happy and eagerly anticipating the birth of her daughter. She knows that being a single mother is going to be challenging and that her lifestyle will change dramatically. Even with her demanding job, she knows she must prioritize the needs of her new daughter.

But Mary has always wanted to have children, and she knows that this is the right time. She also knows she can count on her strong support system, including Oliver. Her parents, who live close by, are ecstatic about the prospect of their first grandchild. Mary also has friends and extended family members who live in the East Bay, and she knows she will need to rely on all of these people as she navigates her new life as a single mom.

Mary is delighted that we were able to take care of her Trust in one week–long before her child is due. It is giving her peace of mind as she prepares for the birth of her daughter.

There’s a common misperception that Living Trusts are just for old people! In the same way that Mary wanted to provide for her daughter if something happened to her, anyone with dependents should have a Trust.